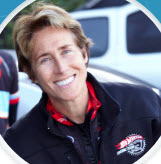 Alice P. Neuhauser has a broad range of entertainment experience in financial management, establishment and oversight of corporate, legal and accounting procedures, and business development and strategic planning.  From successfully developing a major commercial real estate project to assisting lenders in maximizing the value of distressed assets to managing the day-to-day operations of independent film companies, Ms. Neuhauser has demonstrated entrepreneurial success in maximizing effort and investment by finding opportunities to utilize both existing studio structures and independent constructs.

Operational management has been a hallmark of Ms. Neuhauser’s career.  Prior to the bankruptcy of Carolco Pictures, she coordinated the preparation of the due diligence materials, including among other things chain of title for the development projects and produced pictures, sales and availabilities for the licensing of the produced pictures and an abbreviated library valuation.  She also managed the due diligence process with prospective buyers.  Ultimately, through various negotiated assets sales she returned a remarkable 100% of senior bond and trade debt of Carolco Pictures Inc. after its bankruptcy, exceeding investment banker projections by over 100%.

Ms. Neuhauser continues to manage the remaining IP rights for the former Carolco, working with producers to turn them into new motion pictures and television series.

On behalf of various lenders, including GECC and JP Morgan Chase, she has managed or liquidated distressed entertainment companies.

As Responsible Officer for The Kushner-Locke Company, Ms. Neuhauser oversaw the operations of the Company since shortly after it filed for bankruptcy in 2001.  In addition to compliance with bankruptcy and SEC requirements, Ms. Neuhauser was responsible for day-to-day operations, managing the various sales agent relationships, organizing documentation, establishing procedures and negotiating settlements of claims.  Post-reorganization, Ms. Neuhauser negotiated and managed the sale of the Company’s film library.  As part of the wind-down of the Company, she acquired the remaining derivative rights.

At the request of certain senior financiers, Ms. Neuhauser was retained by the New York-appointed, New York-based Receiver for The Shooting Gallery in connection with the liquidation of The Shooting Gallery assets for the benefit of its creditors.  Ms. Neuhauser utilized a team of experienced professionals who collectively had worked on the preparation for, and sale of, the film libraries for, among other companies, Carolco Pictures, Epic Productions (the Credit Lyonnais library), Harvey Entertainment, 7.23 Slate and Prosperity Pictures.  Due to the sudden closing of the Company’s operations, the liquidation included shutting down the office space, negotiating out of facility and equipment leases, organizing chain of title and sales/availabilities information and preparing, marketing and soliciting buyers for the sale of Company assets.

Ms. Neuhauser also managed the wind-up of a family of companies with real property holdings and film financing, production, sales and post-production businesses in Los Angeles.  When the Companies lost their financing, Ms. Neuhauser managed the self-liquidation process by, among other things, selling the post-production equipment, selling the building, winding down the various corporate entities, bringing current past-due tax obligations and paying off outstanding trade debt.  In addition, Ms. Neuhauser helped develop an asset management software system for tracking sales and availabilities for the pictures distributed by the production entity.  She organized a team to service the on-going distribution obligations for the produced pictures.

GE Capital retained Ms. Neuhauser as Chief Restructuring Officer of Unapix Entertainment to manage the operations of the Company in bankruptcy, oversee the preparation of information for selling the library and the successful sale of the library.

Among other consultancy roles, Ms. Neuhauser also advised The Trend Exchange, a start-up financial marketplace for trading various media-related options contracts.  The exchange was successfully approved by the Commodities Future Trading Commission, with Ms. Neuhauser providing a key link among the regulatory agency, the financing community and content producers.

Ms. Neuhauser is an honors graduate of Harvard College and earned her MBA from the Anderson School of Management at UCLA while working full-time.  She also supports various non-profit organizations and has served on the National Council of Defenders of Wildlife since 2010 and joined the National Advisory Board of the Union of Concerned Scientists in 2016.