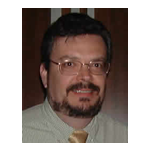 Nicholas Malino ‐ Sourcing, Microcap Debt Structuring and Equity Transactions
Mr. Malino has been a member of  Tango since its inception in 2005.
Since July 2001, Mr. Malino has been the Managing Director of Tango Equity, Inc., a
New York City based financial advisory firm. From October 1992 to November 1998
he held the positions of president and CEO of ATC Group Services, Inc., a $160 million
environmental engineering services company based in New York City. During Mr.
Malino’s tenure at ATC, the company grew from $9 million in revenues and eight
offices to $160 million in revenues and 73 offices, and led the environmental
engineering and consulting sector in operating income for 12 consecutive quarters.
Mr. Malino has participated in over $250 million in various debt and equity offerings
and has been directly involved in mergers and acquisitions both on the buy and sell
side of public and private companies with total revenues of over half a billion dollars.
He also has experience in management buyouts, leverage buyouts, initial public
offerings, and public and private placements of debt and equity. Mr. Malino received
a Master’s Degree in Biology in 1976 and an MBA in Finance in1981, both from the
University of Bridgeport.