Is Your Token Sailing the Golden Seas?

The ICO is done and you are set up to begin the real work. You have some of the best technical minds in the world and your advisors have served you well to complete the deal and get you off and running.

But how about the mundane tasks that have to be done in every business? Cash management and administration. It would be a waste of time to have the technical people focusing on these matters. You need someone competent in administration, finance and governance.

I was CFO and COO of a company during the doc.com boom. Raised a lot of money on a concept company and set off to complete the dream of building out a cable television broadcasting network on the Internet without the cable. The Company was to be a network of websites much like Broadcast.com, Mark Cuban’s company at the time which was later sold to Yahoo for over $6 billion.

My company did not do as well, its business plan had a flaw and needed to be rethought, we did this and the company set out on a new course and became successful until the whole industry fell apart in Spring of 2000, money stopped coming in and we had to became a real business. That company continued to operate for another 2 years and was successful and started to become profitable and was sold to another public company and as far as I know it is still operating today.

By this time, ninety-percent of the dot.coms are now out of business and for every priceline.com, eBay or Amazon there were nine pets.com’s, 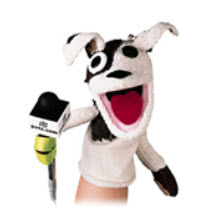 So how did this company survive, with a flawed business plan, insufficient cash and little likelihood of raising anymore?

First of all, the technical crew was top notch. When we discovered that the business plan was not going to work they thought of another way of applying our in-house expertise.

But there were a couple other things that allowed the company to survive a situation in which few other were able to stay viable.

A portion of the money raised was put into an account which was leverageable, so we were able to put away a “hurricane fund” (A hurricane fund is an extremely robust “rainy-day fund”). We put a portion of the funds raised into a safe investment vehicle which could be borrowed against and then made some speculative investments with these leveraged funds. We also did this with funds which would not really be earmarked as any type of emergency fund but were monies that we would not need for 8-12 months.

Another part of the money was deployed in a more strategic fashion. It was a strategy that would not applicable in all situations and for all businesses, especially for blockchain companies with a significantly unique technology. We purchased operating companies whose operations complimented our business plan. So while our business plan was developing we had some internal cash flow and it was also this strategy that can enable a company to reduce development time by months by bringing on talent that may otherwise have been unavailable or unattainable.

While there are significant differences between blockchain and the dot.com, the most important being the fact that blockchain is a real technology with actual installations and applications that have been already deployed. There is no doubt

that the blockchain technology works and that it is significantly superior to any alternatives which that exists.

However, some parallels actually do exist and for the most part these parallels are not technical.

The similarity comes from the fact that in both scenarios the application of traditional methods of valuation are without relevance. Most whitepapers do not even contain proforma financial statements, and with good reason. The technology is so novel and unique that to attempt to estimate the salability or profitability would be, what is referred to in the financial world as a WAG – a wild ass guess.

Again, this is through the application of traditional methods of valuation such as DCF, Discounted Cash Flow and CAPM, the Capital Asset Pricing Model.

However, many investors in crypto and blockchain have probably never heard of these, their investment decisions are based on how attractive the technology seems, how innovative and how exciting is the application of that technology, and; combined what is their anticipated ability to significantly change the world of banking, transportation, advertising, art, real estate, ecommerce et cetera, et cetera.

This type of individual valuation is like asking people what their favorite sports team is. The results will vary widely by geography and passion, and while this Delphi Method may be useful in determining what the most valuable franchise is, it would do nothing to give us a hint as to which team will win the championship, and in the end that is what is important.

That’s where we are now. We have 13 or 14 hundred ICOs with blockchain applications in various industries and investors are pumped about their favorite technology or application and this will have little relevance to what happens when we arrive at a point in time when the DCF or CAPM can be applied.

My point is just this, if you have raised some money in an ICO, a Reg D, a Reg A or A+, or an S8 or even crowdfunding, find someone to assist you with the prudent application of that cash. Making sure that it has been properly allocated into investment or savings vehicles, that will assure your stakeholders and tokenholders, friends and family, and all of your technology zealots, and yourself that the funds will be available when you need them because you have no idea what the state and the circumstances of the capital markets will be six months from now.

a customized approach as we require a snowflake approach rather than a cookie cutter.

It all starts with getting a bank account. Some ICO have experienced some difficulty in achieving bankability, but there are some that are willing to provide such basic services, but banking customers much complete KYC and AML hurdles and other obstacles. So get your process underway and don’t forget that in order to achieve your technical goals, you need to have adequate financial resources.

This site uses Akismet to reduce spam. Learn how your comment data is processed.